In the aftermath of the Vietnam War, many questions remained about what actually happened. One such mystery was The Mindwrks Project. As it began, Mindwrks was a top level military program coordinated by the CIA. The porgram's purpose was the use of mind control to enhance the fighting capabilities of the South Vietnamese regular army troops. However, the program was hyjacked by a rogue CIA section chief whose lust for power and money set off a chain reaction resulting in the program engulfing many unsuspecting American service men with devastating results. Mindwrks is a spine thingling sceario where the reader is sent all over the world following the various characters that are involved, including a decorated veteran of Vietnam, William Patterson, who ends up charged with capital murder. Coming to his aide is several vets who served with him, his sister and a public appointed attorney who grapple with the situation trying to make sense of why a good man went so bad for no rational reason. If you like mysterys, suspense and love stories, you will love The Mindwrks Project.

The Mindwrks Project is available at the following in print and digital formats: 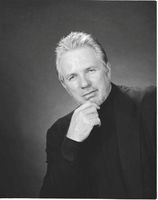 Richard Wayne is a former memmber of a Special Operation unit in the United States Air Force serving during the Vietnam War. He is also a former prosecutor and attorney. He resides in New Jersey and Vermont with his wife Brenda and two dogs.

Get Social With Us

Recommend this page on: